This week I have another work that I’m excited to share with you all, Man’s Damnation- Lore of the Aos Si, also taking pre-orders on Inkshares by Christopher Lee, the founder of the Indie Authors Collective! Here’s the synopsis or back cover blurb of Man’s Damnation:

Our ancestors once lived in harmony with the creator. It was a Golden Age, where man lived in the fabled Garden of Eden where none suffered and all needs were fulfilled. The Primordial Goddess was their mother and her first child was Adam.

Adam, the first man, and father of mankind was charged with the protection of her sacred creation. The power bestowed upon him proved too great for Adam thus was born the folly of man. The Goddess rested for the act of creation had drained her of her power. Adam was filled with hubris and named himself God among men.

His pride corrupted the creation of the Goddess and perverted mankind. War between Adam and the Goddess raged in the heavens. The Fae, the siblings of mankind, waged war on their rebellious brothers and sisters. The Goddess claimed victory over Adam and mankind was banished from Eden and stripped of their ability to wield the gift of magic.

It is the year 3002 B.C.E. in the Silver Age. The Fae King Dagda rules over the four houses of the Seeley Court of Tír na nÓg. Mankind is scattered across the realms of Tír na nÓg and Tír nam Beo. Tensions between the Fae and Man are reaching a breaking point. As the Silver Age draws to a close the world will be thrown into chaos by the return of the Usurper Adam. Four young souls will rise as the ancient forces of the world continue their age-old feud. As MidSummer’s Eve approaches, the first and greatest world war will erupt once more between Man and the Fae. 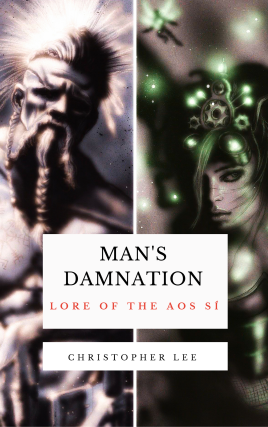 Also, here’s the art trailer which shows the mind-scattering amount of world-building work that had gone into this particular series:

If all of the above still don’t convince you to get into this series, then let’s hear about what others have to say on Inkshares:

And last but not least, an endorsement from Moonlake herself:

If you are a die-hard fan of lore like me, you would be hooked as I am now!”

Overall, I think this series has large potential. It reminds me of LoR in the immensity and complexity of the underlying world, the large cast and rich lores woven into the tapestry of the world itself. Get behind this series on Inkshares now if you appreciate any of these elements.